The exhibition sets out to raise questions on subtlety in artistic practices within hybrid regimes and invites artists to research methodologies of survival in the context of (self–)censorship.

“Survival Kit” can be perceived as an attempt to establish a certain framework that may or may not be mandatory for contemporary art to function in the future of censorship to come. By collaborating for six months, five Turkish and five Russian artists researched different methodologies, such as camouflage and irony, to create works that are both united by the idea of “subtle art” yet divided by their specific subjects & practices. 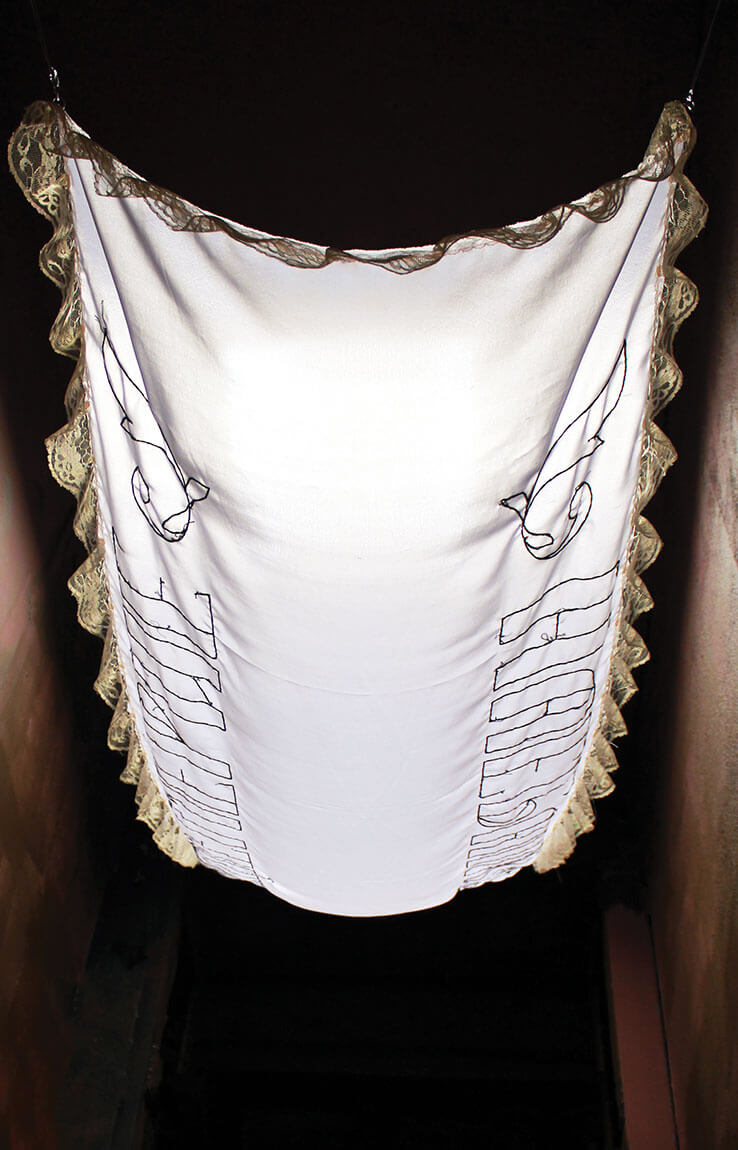 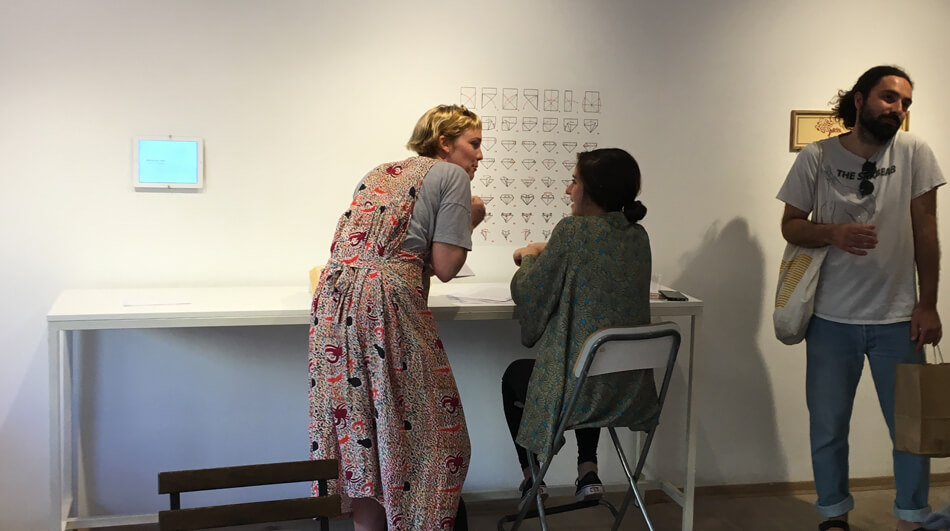 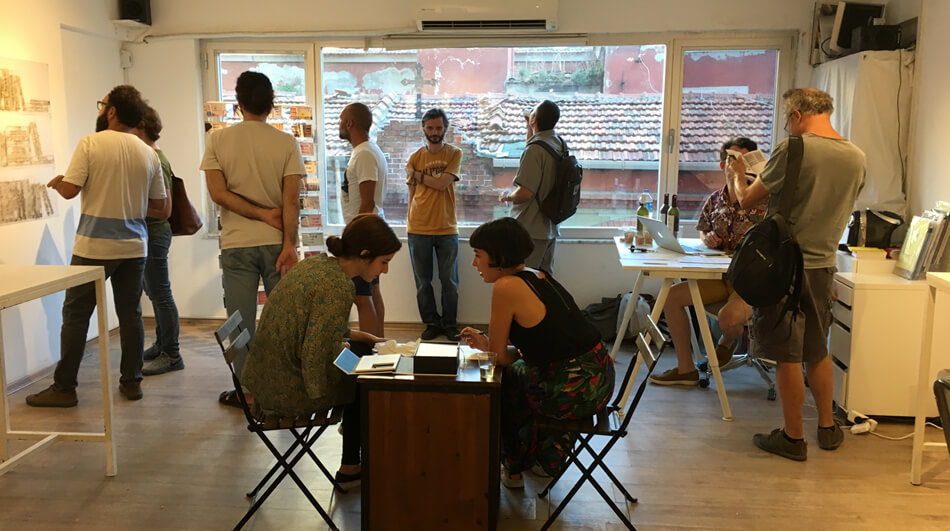 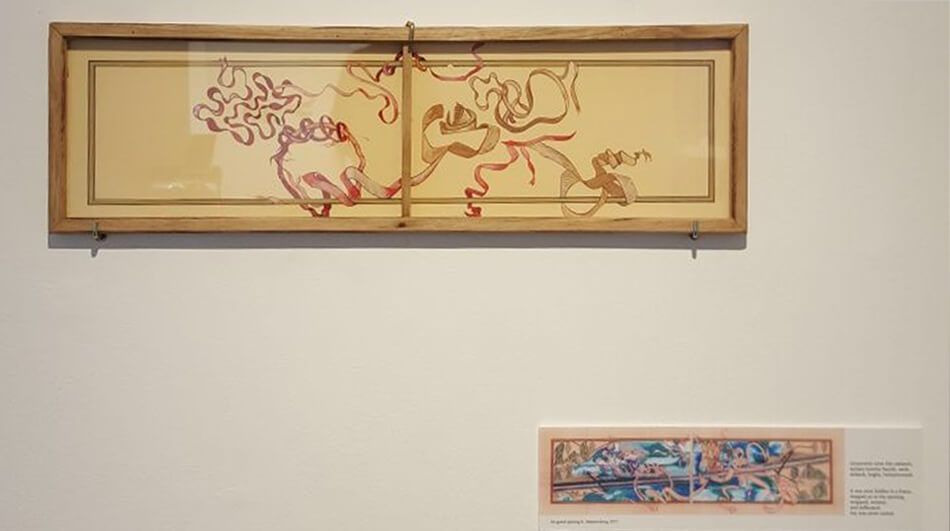 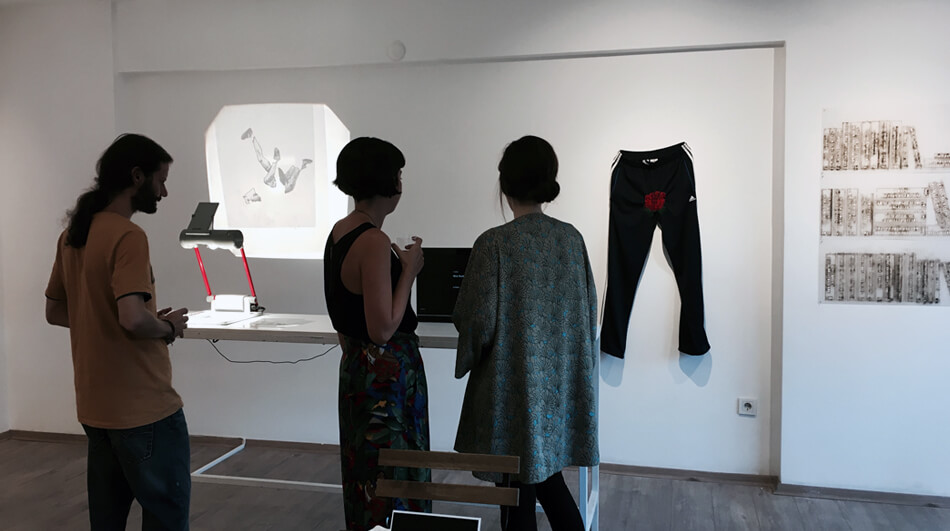 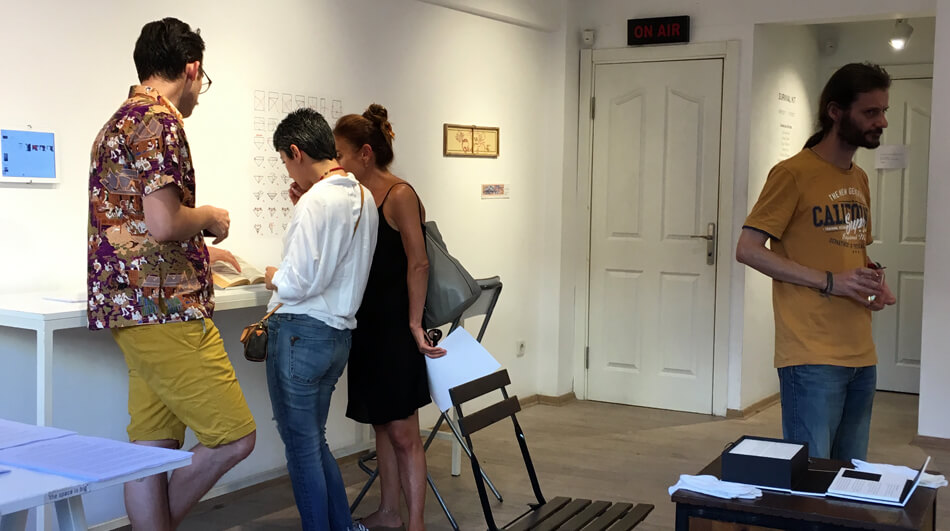 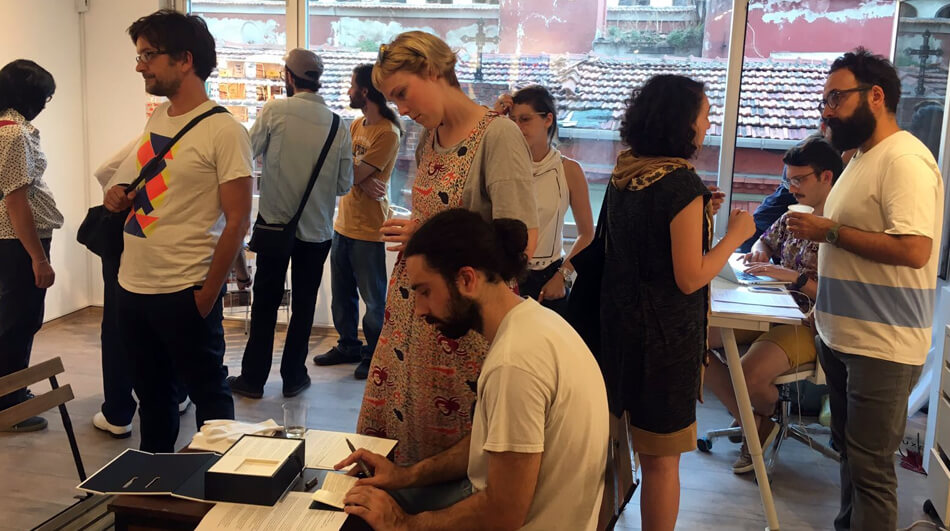 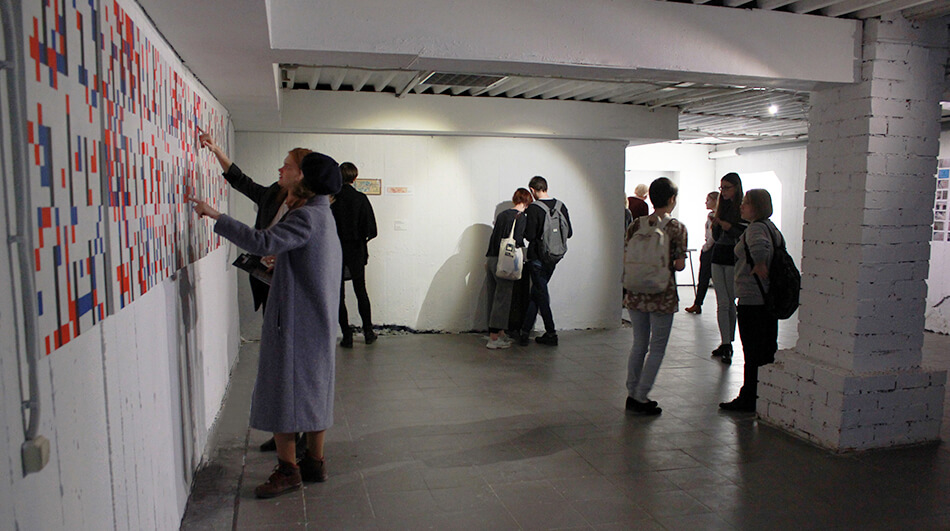 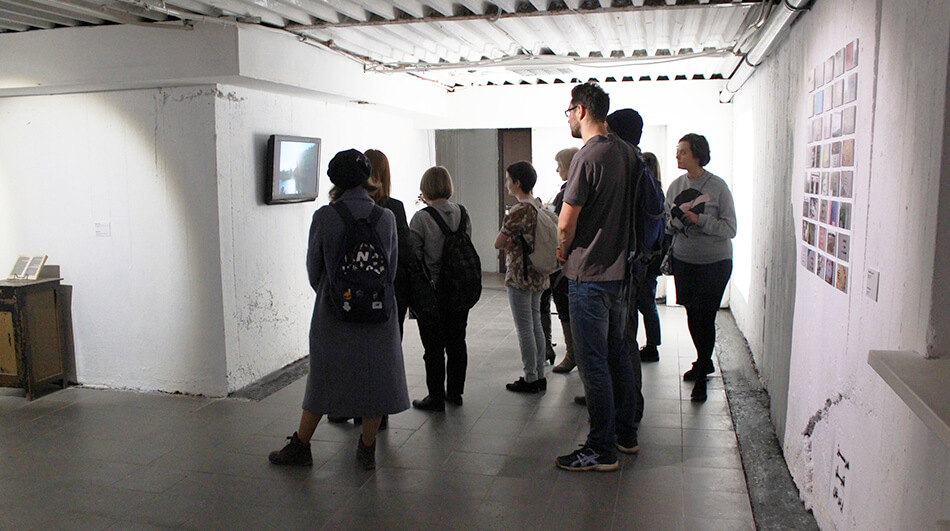 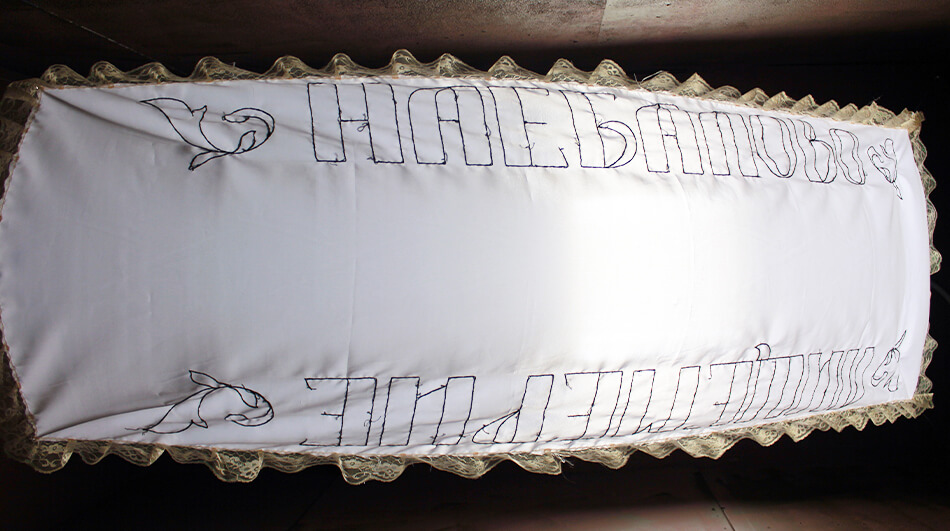 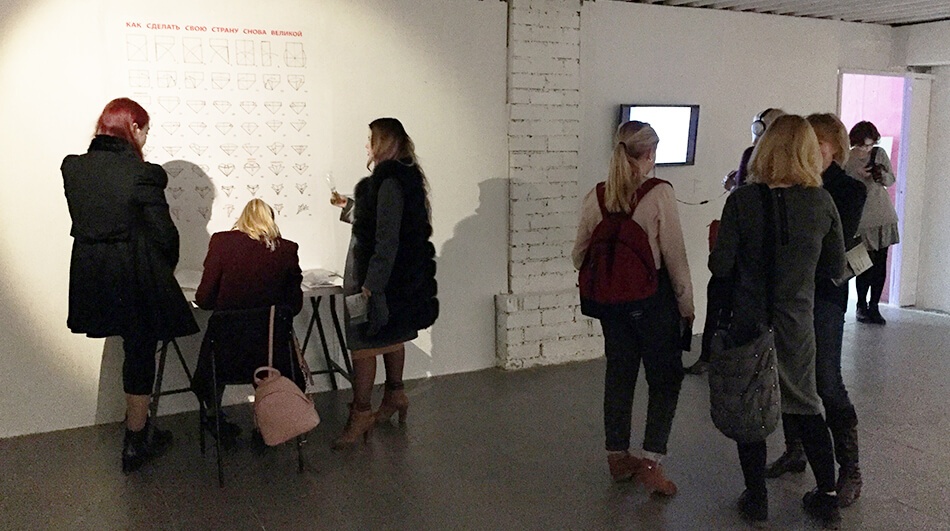 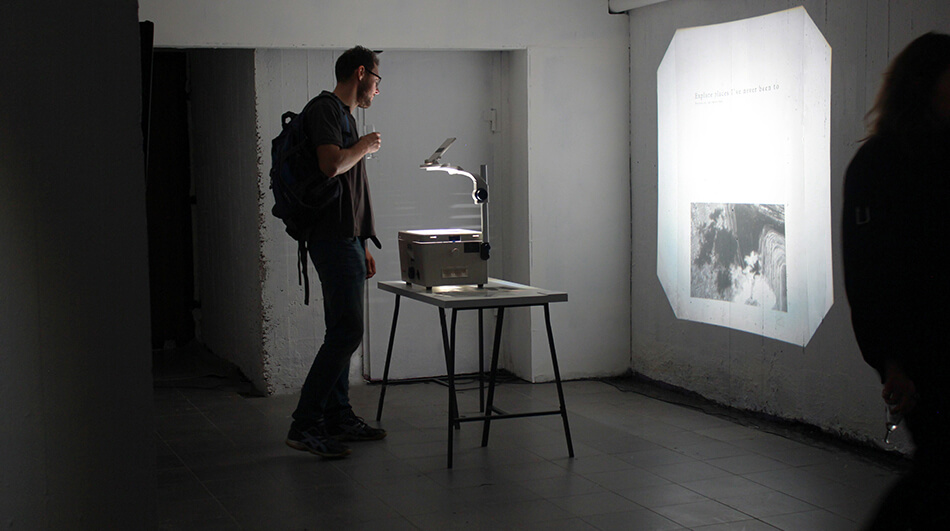 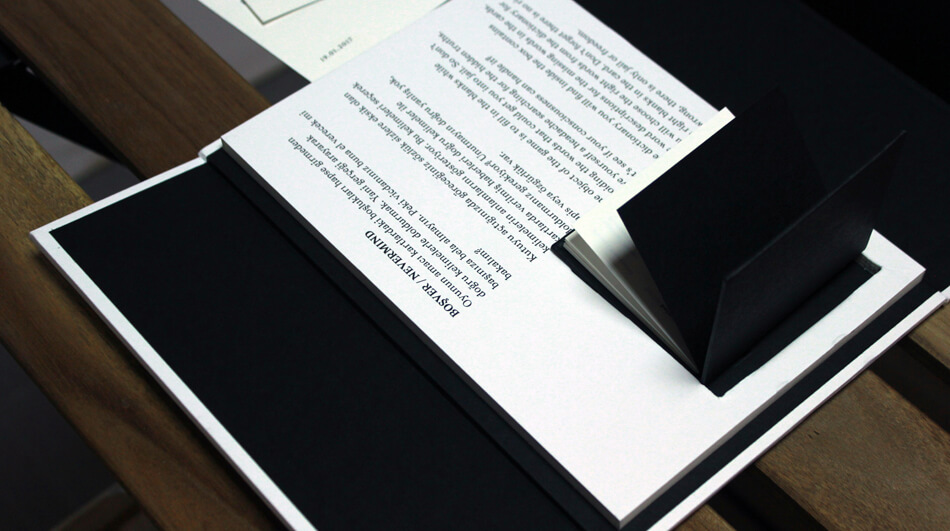 November 27th, 2017. "Why work together?" a panel discussion at CCI Fabrika, Moscow 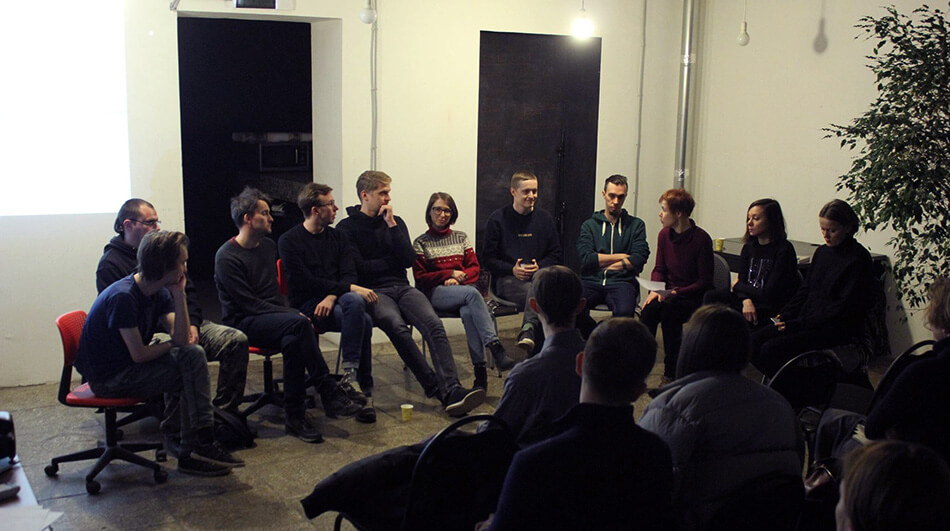 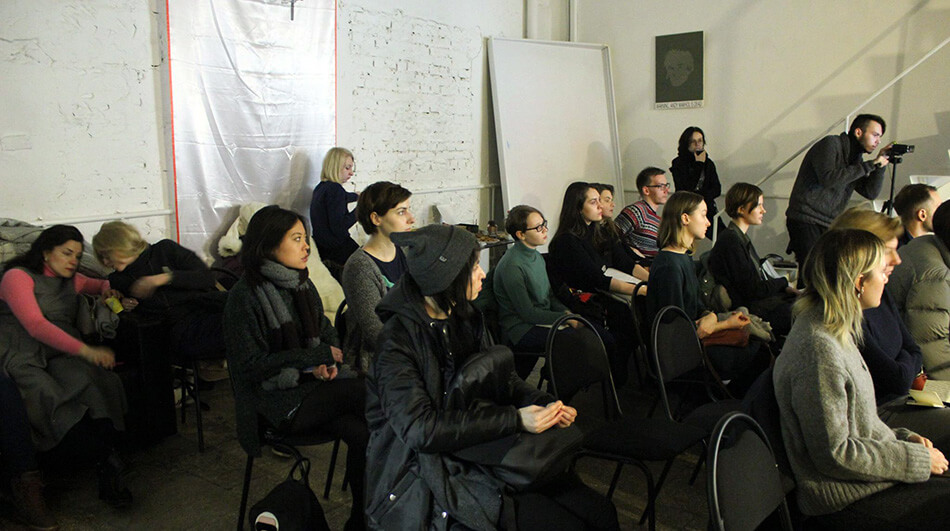 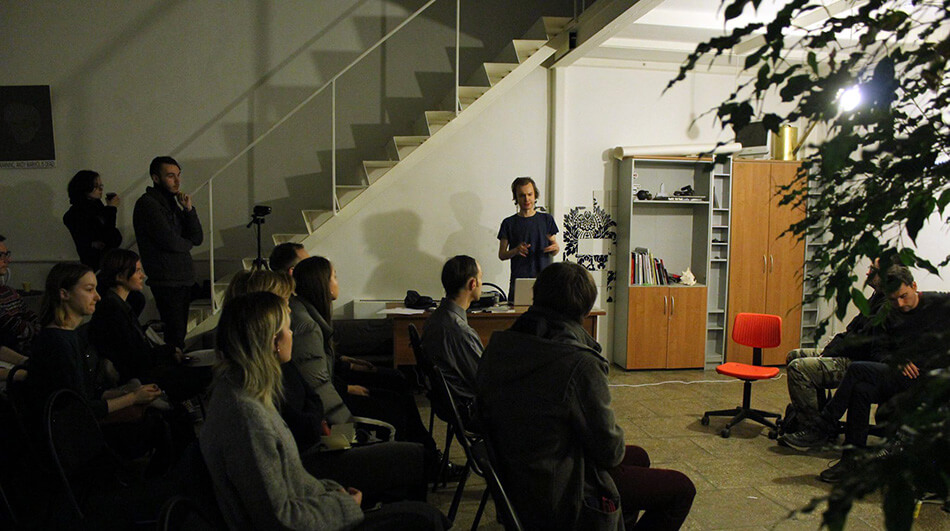 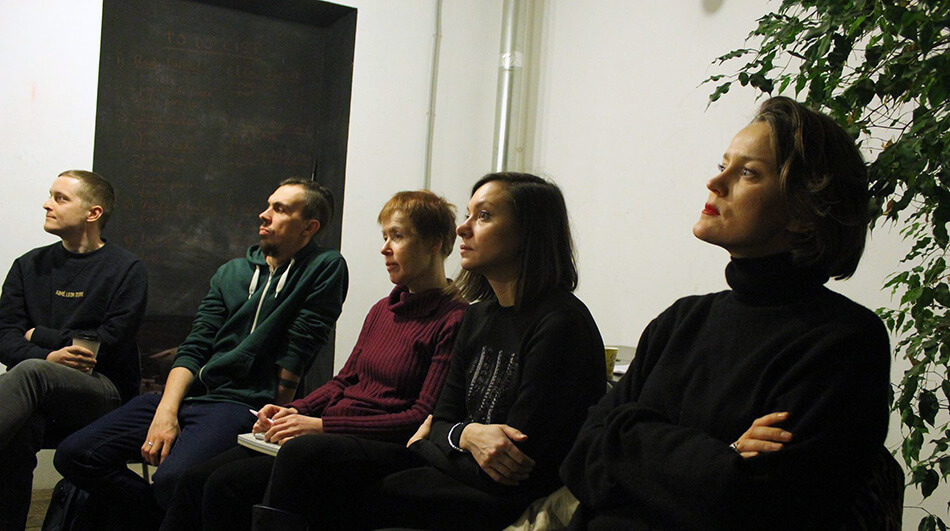 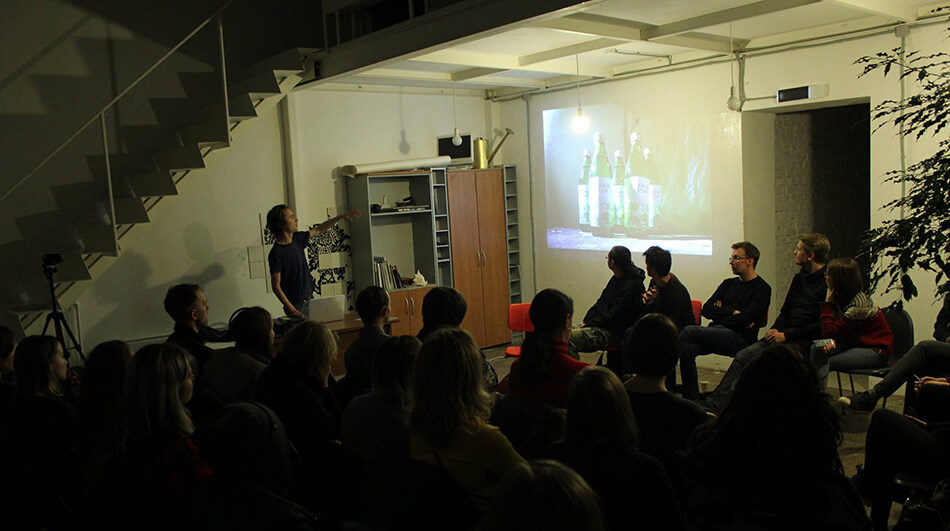 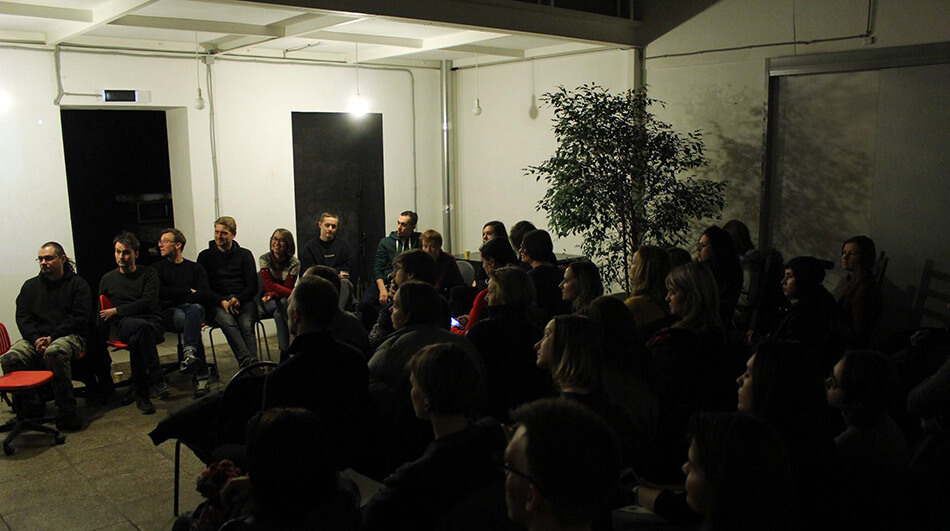 The exhibition “Survival Kit” sets out to raise questions on subtlety in artistic practices within hybrid regime countries, in this instance Turkey and Russia, and invites artists to research possible methodologies of survival in the context of self-censorship.

“Survival Kit” can be perceived as an attempt to establish a certain framework that may or may not be mandatory for contemporary art to function in the future of censorship to come. By collaborating for six months, five Turkish and five Russian artists researched different methodologies, such as camouflage and irony, to create works that are both united by the idea of “subtle art” yet divided by their specific subjects & practices.

Nevermind (2017) is a board game by Larissa Araz that was created after the terrorist attack in one of the Istanbul’s famous nightclubs in the New Year’s Eve, 2017. News coverage of the terrorist attack had subtle nuances—calling the subject either terrorist, or attacker. The people who lost their lifes in the attack didn’t become martyrs like in the previous incidents and terrorist attacks. The board game simply questions how a slight change in the wording can be used to manipulate the public perception.

Cansu Çakar’s The Grand Opening (2017) focuses on the “detail” as a survival technique for self-censorship that can distract the viewer, taking them away from the whole. Generally when the distracting whole is vanished, we can find the way that leads to the core. Exhibited work depicts a picture of a bridge opening ceremony, hidden in the figures of ribbons. Showing the whole composition in Yekaterinburg, and only the ribbon details in Istanbul, Çakar will link these two cities to each other.

Özgür Demirci’s installation Hidden Library (2017) brings together the books that were subjected to government censorship throughout the history. Instead of a physical representation, the artist uses glow-inthe-dark ink to inscribe the books’ names and the QR codes that are linked to the e-book versions of them, on the panel inside the bookcase. When walked towards to the bookcase, a motion detector triggers the black light that makes this hidden collection visible to the human eye.

In Do We Ever Get Out of the Monologue?, Didem Erk uses the technique of “stream of consciousness”, with books censored for different reasons. In order to expose involuntary memory, writing is used as a form of inner voice to free her from self-censorship to the maximum extent possible. Exhibited in the show, independent almanac «End of The Century» was published to revive Russian novels and essays that were banned during the Soviet Union.

Dima Filippov’s All I Can Do (2017) is a meditation on self-expression. Inspired by the lack of communication between him and his artist pair in the project, Filippov’s visual diary keeps track of the artist’s isolation from his daily environment. Drawing similarities between escapism and self-censorship, Filippov investigates the possibility of revelation through isolation.

Evgeny Granilshchikov’s Untitled (Gravity) (2017) is connected to the arrests at Bolotnaya Square on May 6th, 2012, which was a traumatic and a very important moment for contemporary Russia. We see people in moments, when they are grabbed by the police. Thus the reason for their strange poses—bodies seem to fall apart, because they are blocked by something or someone not present in the work, as if they were levitating.

Dmitriy Lyashenko’s participatory installation How to Make Your Country Great Again (2017) invites visitors to build fighter jets by folding the A4-sized papers that are composed of the overruled articles of the constitution. Reminding the tradition of writings on fighter jets and bombs, the work draws connections between militarism and autocracy while revealing the vulnerability of the constituting laws of the nation.

Irina Petrakova’s Coming Out (2017) is embroidery of a resistance symbol on Adidas tracksuit. As the embroidery is inside the tracksuit, it creates a manipulation of perception for the viewer. As an outsider, you can feel that there is something sewn inside, but you cannot really grasp the whole meaning behind it. All you know is that there is a resistance going on, while the real image is being kept safe inside, and more importantly, closer to the body of the one who resists.

Marina Ragozina collaborated with one of the biggest media monitoring systems in Russia to create six wall calendars of Russian scandals connected to acts of censorship in arts and culture from 2011 to 2016 titled Censorship Celebrations (2017). On a clear blue-sky background, there are red blocks—political, religious, and social censorships—engaged in endless battles with white blocks—artists, writers, directors, and human rights activists.

In his Postcards (2017) series Eşref Yıldırım uses different alphabets ranging from Cyrillic to Urdu to cipher politically charged statements that are subject to censorship in both countries. In contrast to presenting only a limited number of avoided slogans by opposition groups, Yıldırım’s postcards offer people a chance to express their opinions with the help of the medium’s anonymity. Although lacking the visual charm of touristic landmarks, Postcards utilize typographical tools and phonetic plays to give hints about their origin as well as their destination.